We shall not cease from exploration and the end of all our exploring will be to arrive where we started and know the place for the first time. -T.S. Elliott

My father has worked for most of his life in residential marine construction and I used to spend a lot of time on job sites throughout my childhood. We worked down by the Gulf of Mexico and were well-acquainted with the sea life there.

There were a variety of jellyfish species that lived in the water and while I didn’t know all of their names, I knew which ones to stay away from! There was a small kind of jellyfish that would be plentiful in the waters from time to time. Whether they were babies or full-grown, I don’t know, but there was something fascinating about them that I’ll never forget.

In the water the jellyfish looked almost identical to this Ctenophora “Comb Jellyfish” pictured below: 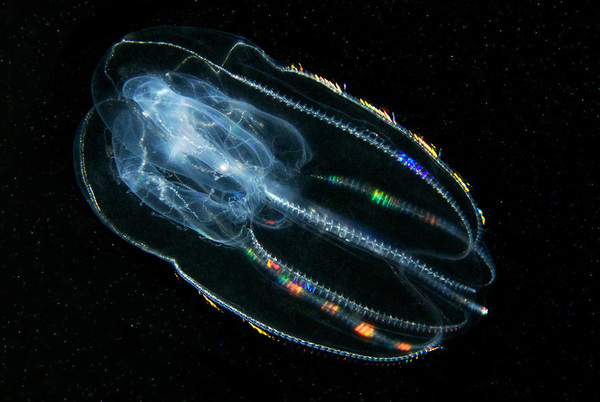 These creatures were covered in flashing lights and in the water they were beautiful, they had form and structure and were like nothing else that you would see outside of the water. I would want a closer look so I would cup my hands and capture one; but this is what a jellyfish looks like when you remove it from the water: 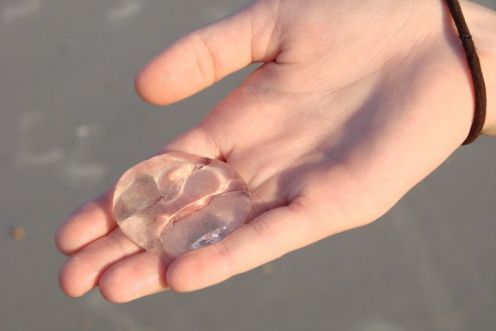 It looks like a dull, amorphous blob. Interesting how something so beautiful can look so plain, unattractive and meaningless just by removing it from its element.

To see their beauty, temple teachings must remain immersed in a temple context.

Archetypes Doctrine in Nature Modern Temples Parallels Perspective Temple Prep
Previous ArticleIs there a God and can he be known?
Next Article Ever knowing but never changed?