“Who is wise? He who learns from everyone.” 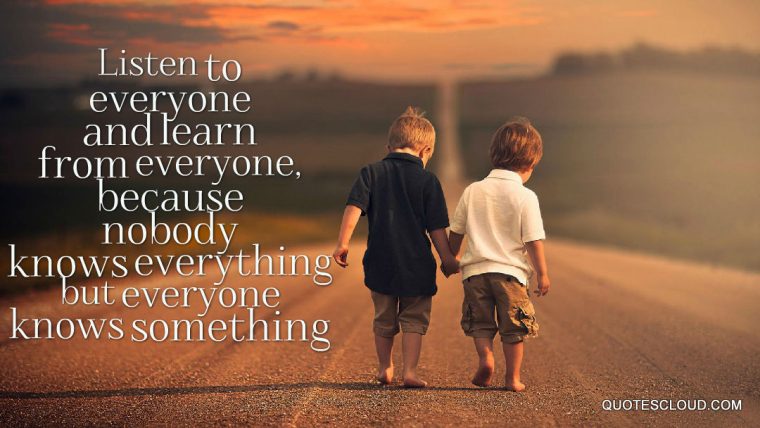 Many are concerned with truth and how to obtain it. There are many ideas about what truth is, where it can be found, and how it can be discerned. There are deep concerns about being misled by false ideas and false prophets.

Just the other day I had a conversation with a member about gathering truth in from other religions and cultures in the spirit of what Joseph Smith and others have taught. I was looked at a little skeptically and asked, “Are we… supposed to be doing that?” More and more I find such as perspective to be out of sync with Latter-day Saint theology, though it seems par for the course with Latter-day Saint culture insofar as I have experienced it. I mean, don’t we heard non-LDS individuals quoted in General Conference quite often? (Yes, I’m talking about you C.S. Lewis)

Like many other groups, we are proud of our own and we expect great things to come from among us because this is the restored Church right? With all these covenants and blessings, we expect to find amazing things coming from among our people.

There’s a sense of pride in seeing someone familiar to you or your tribe doing something great. When a Mormon does something significant, we say, “Wow, look what this person did and hey, they’re a Mormon!” Their praises show up on blogs, Deseret News, the Church News and they might even get featured in a spot between conference sessions.

I don’t have a problem with all of that, we’re a tribe, a family, and we like to celebrate the successes enjoyed by members of our community. Yet, I wonder if this mentality can sometimes be narrowed to the point where we ignore or even resent the good of members outside of our community.

Terryl Givens once weighed in on this mentality when he said in an oral interview:

“When is Mormonism going to produce a Dante, or a Shakespeare or a Beethoven?” And the answer is, we don’t need a Mormon Dante or Shakespeare or Beethoven, we have Dante and Shakespeare and Beethoven. We’ve got Handel‘s Messiah, why do they have to be authored by Mormons? … God has made abundant provision for there to be sources of inspiration, truth, and beauty throughout culture and throughout history; Mormons don’t have the monopoly.” (Terryl Givens, Interview on Mormon Stories Podcast)

Insights from the Book of Mormon

Givens is also backed up by Alma who made a very similar statement:

“Why should I desire that I were an angel, that I could speak unto all the ends of the earth? For behold, the Lord doth grant unto all nations, of their own nation and tongue, to teach his word, yea, in wisdom, all that he seeth fit that they should have…” (Alma 29:7-8)

According to Alma, God is the source of inspiration for all nations and whatever good comes out of them originates from God. So why this sense of competition? Do we feel that we have to be better than everyone at everything? Is that what it means to be “the true church,” does it mean that we have to be ‘truer’ in every single thing? Do we feel intimidated or disturbed when greatness arises out of unlikely places far flung from the shadow of a Moroni statue?

We certainly strive for excellence, but we can also admire and look up to others who are doing better than we are in certain respects. For example, the early Nephites were involved in gross crimes, whoredoms and abominations by taking on additional wives and concubines. Jacob, makes a distinction between them and their “apostate” brethren by pointing out they were actually doing  things better than the Nephites:

Behold, the Lamanites your brethren, whom ye hate because of their filthiness and the cursing which hath come upon their skins, are more righteous than you; for they have not forgotten the commandment of the Lord, which was given unto our father—that they should have save it were one wife, and concubines they should have none, and there should not be whoredoms committed among them.

And now, this commandment they observe to keep; wherefore, because of this observance, in keeping this commandment, the Lord God will not destroy them, but will be merciful unto them; and one day they shall become a blessed people.

But wait, someone was keeping the commandments better than “the true church” how could that be? Jacob was humble enough to recognize a correct practice of a principle even though it existed outside their people. The people were humble enough to see something being done correctly and adjusted themselves accordingly (they weren’t destroyed so they must have changed).

What should be our approach in this day and age? It doesn’t take much of an adjustment to one’s paradigm to open oneself to greater truths and a richer, more unifying experience will all of God’s children. I know that I’ve mentioned these words a billion times here on my blog, but I’m going to again because I love them. Here are the words of Joseph Smith and Brigham Young on this subject:

“Mormonism is truth; and every man who embraces it feels himself at liberty to embrace every truth… Mormonism is truth, in other words the doctrine of the Latter-day Saints, is truth. … The first and fundamental principle of our holy religion is, that we believe that we have a right to embrace all, and every item of truth, without limitation or without being circumscribed or prohibited by the creeds or superstitious notions of men, or by the dominations of one another, when that truth is clearly demonstrated to our minds, and we have the highest degree of evidence of the same.” (Letter from Joseph Smith to Isaac Galland, Mar. 22, 1839, Liberty Jail, Liberty, Missouri, published in Times and Seasons, Feb. 1840, pp. 53–54; spelling and grammar modernized.)

“It is our duty and calling, as ministers of the same salvation and Gospel, to gather every item of truth and reject every error. Whether a truth be found with professed infidels, or with the Universalists, or the Church of Rome, or the Methodists, the Church of England, the Presbyterians, the Baptists, the Quakers, the Shakers, or any other of the various and numerous different sects and parties, all of whom have more or less truth, it is the business of the Elders of this Church (Jesus, their Elder Brother, being at their head) to gather up all the truths in the world pertaining to life and salvation, to the Gospel we preach, … to the sciences, and to philosophy, wherever it may be found in every nation, kindred, tongue, and people and bring it to Zion.” (DBY, 248)

There was a great little quote at the end of an article I read recently from 2nd Century theologian Simon Ben Zoma:

“Who is wise? He who learns from everyone.”

I think what makes the Church “true” is not that it has all truth (for no mortal institution can), but rather, that it is true because it seeks to appropriate, to embrace, and encompass all truth. 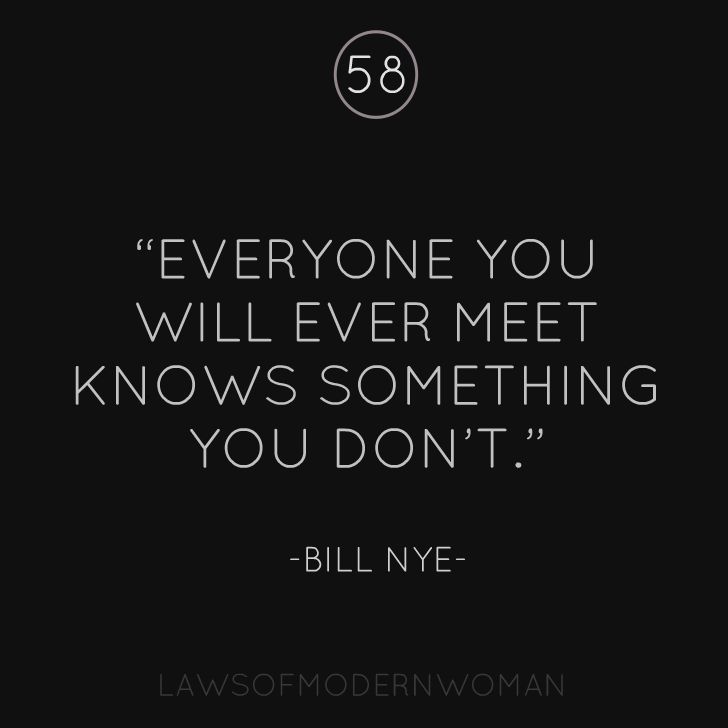 "A war is not won if the defeated enemy has not been turned into a friend." - Eric Hoffer