The simplest questions can bring about the greatest revelations 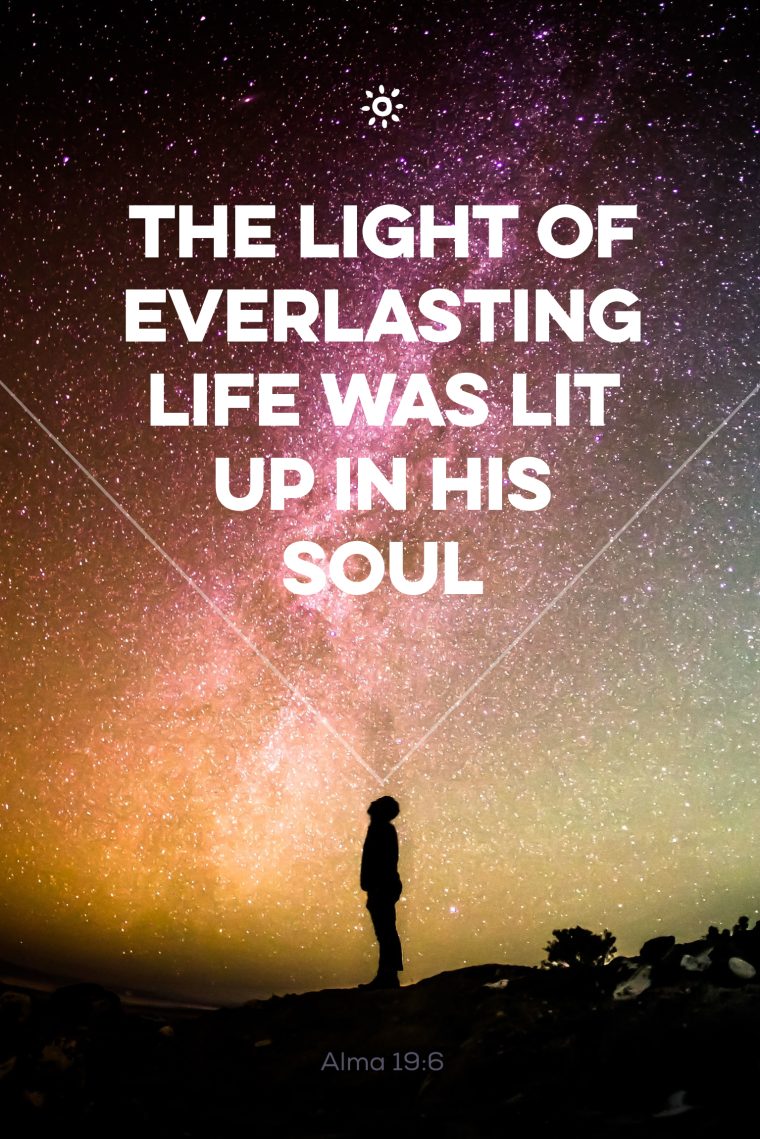 I was doing a search today in the Gospel Library app for the word “mind” because I was looking for particular themes related to the mind in the Book of Mormon. As I looked at Alma 19:6, the repetition of the word “light” was clued me in that there must be some literary structure at work.

In ancient Eastern languages without punctuation, you painted pictures through repetition, emphasis, contrast, and many other techniques. I have broken down Alma 19:6 based on various patterns, the most obvious being an overarching chiasm and various sets of parallelisms. There are a couple of different ways you can read this depending on the theme being emphasized.

The entire thought presented here is surrounded by the name of God, who appears at the beginning and the end (how appropriate). Next is this dark veil or cloud of unbelief which was preventing the light of God from shining through. This light that comes from God lights up or infuses joy into the mind and soul. This light is called the “light of the glory of God” and the “marvelous light of his goodness.”

The word “light” appears six times, seven if you include God himself at the center with three mentions of light preceding and proceeding his name.

We also have the contrasting themes of:

Here’s another less complex way to structure things that shows how the language changes a little after the crux of the chiasm.

First we see the mind as the focus and then it is the soul. A dark cloud or veil over the mind prevents one below from seeing the light of God above, much like a cloud blocks out the sun. After it is cast away or dispelled, then the light of God comes in from above filling the entire soul below, the mind, body, spirit, intelligence, etc.

These are just the few ways that 99 words in a single verse of scripture can be explored by looking at literary structures. These kinds of things are all over the place in the Book of Mormon, and I love it when I find a good one like this. 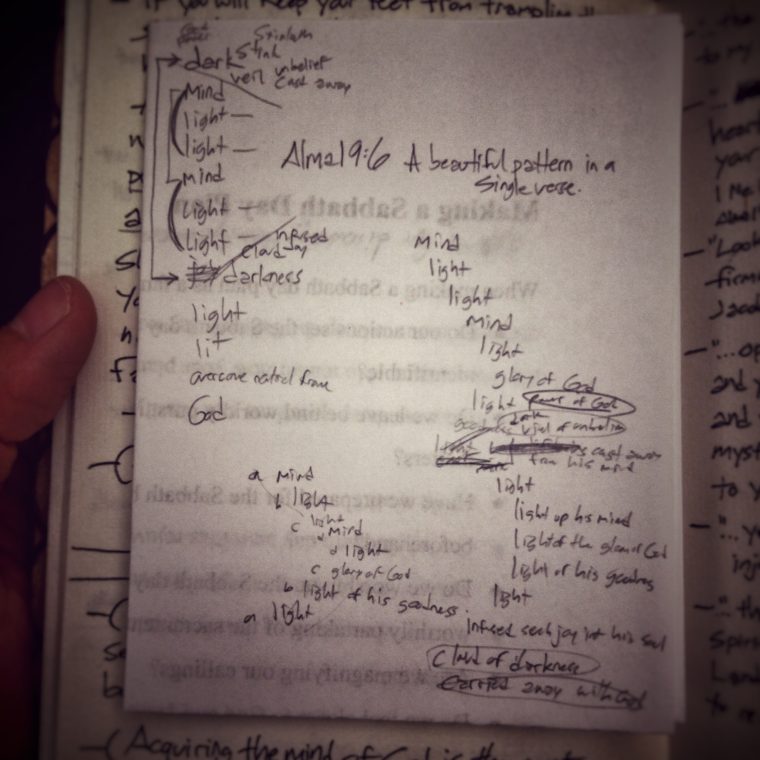 Book of Mormon Chiasmus Light The Mind of God The Spirit
Previous ArticleShort Film: Discovering the Word of Wisdom
Next Article “Who has known the Mind of the Lord?”

Belief and doubt speculate, while faith seeks to demonstrate.