"It isn't the mountain ahead that wears you out; it's the grain of sand in your shoe." - Robert W. Service 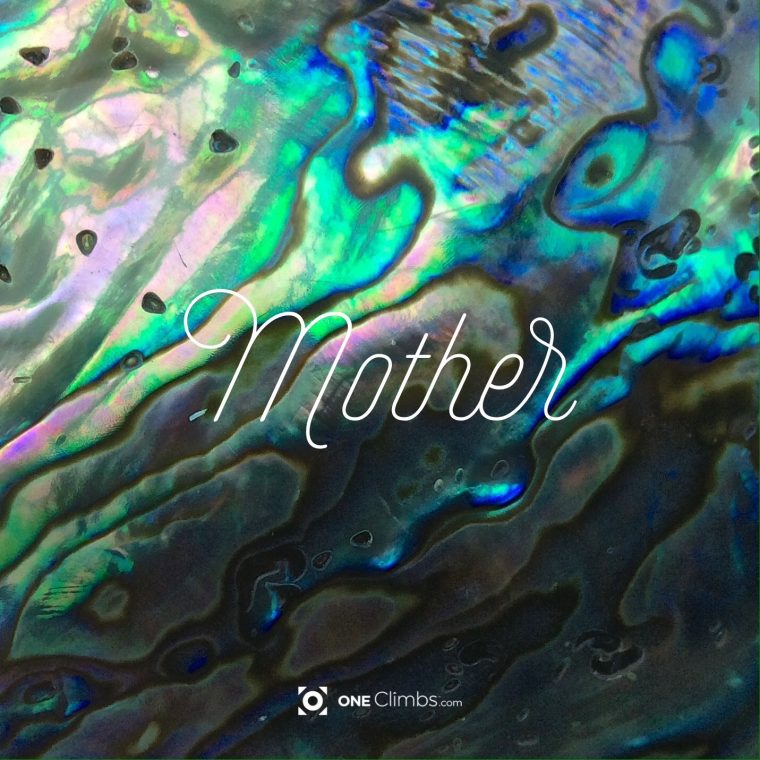 Consider that the tree of life and temple ascension are at their deepest levels tied to birth concepts and actually symbolize the placenta (tree or link between mother and child) and the umbilical cord (iron rod and covenants made by dividing and reconnecting things).

At birth we are cut off from the tree of life and the rod, so Lehi’s vision shows us how we can return. Note that after Nephi was shown the tree, he was shown a woman, Mary.

Nicodemus’ question may have been more insightful than we realize: “How can a man be born when he is old? can he enter the second time into his mother’s womb, and be born?” The temple patterns illustrate a symbolic return to the womb, innocence, Eden, etc. In fact, the original Nauvoo temple architect Wandle Mace said: “The order of architecture [on the Nauvoo Temple] was unlike anything in existence; it was purely original; being a representation of the Church, the Bride, the Lamb’s wife.”


John the Revelator, in the 12[th] chapter [and] first verse of [the book of Revelation] says, ‘And there appeared a great wonder in heaven; a woman clothed with the sun, and the moon under her feet, and upon her head a crown of twelve stars.’ This is portrayed in the beautifully cut stone of this grand temple.” (Wandle Mace, autobiography, 207, L. Tom Perry Special Collections Library, Brigham Young University, Provo, Utah.)

Typically, steeples can be seen as more of a phallic, masculine symbol, yet there is another way that a steeple might be interpreted:

“The axis mundi (also cosmic axis, world axis, world pillar, center of the world, world tree), in religion or mythology, is the world center or the connection between Heaven and Earth. As the celestial pole and geographic pole, it expresses a point of connection between sky and earth where the four compass directions meet. At this point travel and correspondence is made between higher and lower realms. Communication from lower realms may ascend to higher ones and blessings from higher realms may descend to lower ones and be disseminated to all. The spot functions as the omphalos (navel), the world’s point of beginning. The image is mostly viewed as feminine, as it relates to the center of the earth (perhaps like an umbilical providing nourishment). It may have the form of a natural object (a mountain, a tree, a vine, a stalk, a column of smoke or fire) or a product of human manufacture (a staff, a tower, a ladder, a staircase, a maypole, a cross, a steeple, a rope, a totem pole, a pillar, a spire). Its proximity to heaven may carry implications that are chiefly religious (pagoda, temple mount, minaret, church) or secular (obelisk, lighthouse, rocket, skyscraper).
via Wikipedia

If the temple itself can represent a womb, then perhaps the steeple(s) where present can represent an umbilical connection between earth and heaven. A reconnection of the prior blessings and nourishment lost when we were originally, literally cut off from the placental tree of life.

Often I’ll hear people speculate and wonder where “Heavenly Mother” is in the gospel, seeing how there doesn’t appear to be any direct reference in the scriptures or in LDS theology other than a certain hymn and some quotes from Church leaders. I’ve heard many people suggest that God keeps her hidden from us because of his respect for her, but I don’t believe that’s the reason.

Personally, I think that if you look closely enough, you will find the divine Mother throughout scripture and our theology. Feminine themes permeate Judeo-Christian and LDS theology, from the atonement to most if not all ordinances and temple worship. The principles Jesus championed seemed more feminine than masculine, he focused more on charity, love, tenderness, grace, kindness, humility, and patience; he was a lamb and not a lion. The first witness of the resurrection was Mary, a woman.

We don’t seem to realize how deeply all these connections run.

Although the church is typically symbolized by a woman in the scriptures, the core leadership is primarily male. It seems as though the feminine reigns doctrinally while the masculine reigns governmentally, at least for the time being. Outside of this fallen, mortal sphere, things are different:

“When the frailities and imperfections of mortality are left behind, in the glorified state of the blessed hereafter, husband and wife will administer in their respective stations, seeing and understanding alike, and cooperating to the full in the government of their family kingdom.

Then shall woman be recompensed in rich measure for all the injustice that womanhood has endured in mortality. Then shall woman reign by Divine right, a queen in the resplendent realm of her glorified state, even as exalted man shall stand, priest and king unto the Most High God. Mortal eye cannot see nor mind comprehend the beauty, glory, and majesty of the righteous woman made perfect in the celestial kingdom of God.” – James E. Talmage, “The Eternity of Sex”, Young Woman’s Journal, Oct. 1914: 602-3 page 138

While current conditions in this probationary state are not at this level, this understanding should have a dramatic impact on how we conduct ourselves in relation to one another. Unfortunately, this vision is largely forgotten or ignored in the daily bustle of life and with men and women more focused on administration, programs, and policies. Losing sight of the greater purpose is just par for the course with anything we deal with in mortality, it’s a continual struggle until we become converted to higher ideas.

Perhaps church government is meant to represent the Adam and Eve relationship on a macro-scale. God said to Adam and Eve:

“I will greatly multiply thy sorrow and thy conception; in sorrow thou shalt bring forth children, and thy desire shall be to thy husband, and he shall rule over thee.” (Genesis 3:16)

Paul carried on a similar teaching in the early Christian church:

Husbands, love your wives, just as Christ also loved the church and gave Himself up for her, so that He might sanctify her, having cleansed her by the washing of water with the word, that He might present to Himself the church in all her glory, having no spot or wrinkle or any such thing; but that she would be holy and blameless. So husbands ought also to love their own wives as their own bodies. He who loves his own wife loves himself; for no one ever hated his own flesh, but nourishes and cherishes it, just as Christ also does the church, because we are members of His body. For this reason a man shall leave his father and mother and shall be joined to his wife, and the two shall become one flesh. This mystery is great; but I am speaking with reference to Christ and the church. Nevertheless, each individual among you also is to love his own wife even as himself, and the wife must see to it that she respects her husband. (Ephesians 5:23-33, NASB)

It is possible that for the purposes of mortality, that this arrangement exists as part of life’s proving ground. Placed in respective roles, how will we respond, what will we do? Will women refuse to accept the circumstances? Will men give of themselves as Christ did for the church, or will the idea of ‘authority’ go to their heads? Will we keep competing and contending or discover that harmonious balance?

Sometime we wish things were more obvious, more out in the open and clearly defined. I think it is key to remember how Jesus taught in parables to both reveal and conceal sacred information. The knowledge would be accessible to those who had eyes to see, who came to inquire of him as did Nephi (1 Nephi chapters 10-11) while they are hidden from those who seek to reason with the understanding of men alone.

The restoration is ongoing, it isn’t complete. The way I see it, anything less than Zion is apostasy, but I also understand that our willingness to pursue while making mistakes along the way is part of the process and purpose of life.

I don’t know how far we are from Zion, a place or a state where hearts and minds are one and they are no poor among us. I think it is a mistake to look out and judge the world, the people of the church, and our neighbors. We ought to be more concerned with building Zion in our own minds and hearts and in our own homes. Until that has been achieved, what right have we to look out and judge others?

We can’t control the world and impose our will on those around us, but we can live a holy life. We can understand doctrine and respect the divine nature of men and women and behave in a manner that would be welcome in heaven; let’s begin there.

Atonement Heavenly Mother
Previous ArticleThe Voices of the Prophets
Next Article Mosiah 1:4 – Teaching our posterity the language of scripture

If any man will do his will, he shall know of the doctrine, whether it be of God - John 7:17