After the fall, God says to Adam and Eve, “In the sweat of thy face shalt thou eat bread…” Genesis 3:19

Jesus taught, “man shall not live by bread alone…” Luke 4:4 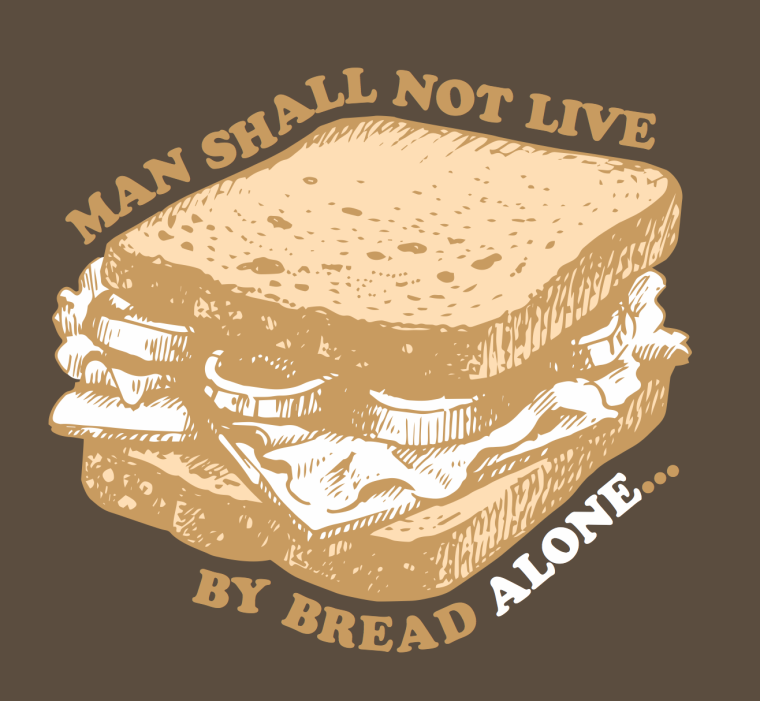 I was in the weird part of YouTube again and found this. I usually don’t post ridiculous things but this made me crack up. I know that the Shia LaBeouf “Do it” video is a little stale, but the General Conference remix with Mo-tab doing the wave is just too good to pass up.

Listen to “This Week in Mormons”

I checked my feeds today over at Feedly.com and posted in LeadingLDS was a Google Hangout interview with the guys over at “This Week in Mormons“. After listening, I decided to check out their site and a podcast and these guys are pretty hilarious. Geoff & Al have had This Week In Mormons up for about 3 years which is about the same time as oneClimbs has been up.

Besides the great logo which looks like a bishop’s office sign from a 1980’s era chapel, the show offers a laid-back perspective on the good, the bad and whatever hits the fan that week concerning Mormons in the news.

They’ve converted me so I guess I’m a listener now; check ’em out and let me know what you think. 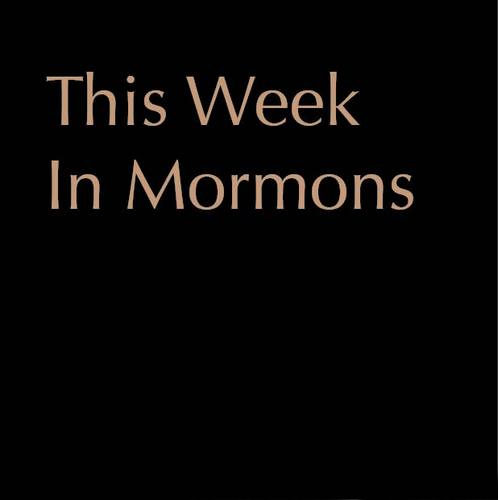 Plato, The Allegory of the…Living Room

Below is an excerpt of Plato’s “Allegory of the Cave” with a few minor edits I’ve introduced.

[Socrates] And now, I said, let me show in a figure how far our nature is enlightened or unenlightened: – Behold! human beings living in carpeted caves of their own making, which has a front door open towards the light and reaching all down the hallway; here they have been from their childhood, and have their hands chained to remote controls, video game controllers, computers and mobile devices and can only see what is directly before them. Above and behind them are broadcasters disseminating information at a distance, and between these broadcasters and the prisoners – I mean, people – there is a screen, much like the screen which marionette players have in front of them, over which they show the puppets.

[Socrates] And do you see, I said, men, women, animals, sports, pornography, preachers, programming, games and entertainment all appear on these screens.

[Glaucon] You have shown me a strange image, and they are strange prisoners, er, people.

[Socrates] Like ourselves, I replied; and they see only pixels, appearing on their screens as intended by the broadcasters.

[Glaucon] True, he said; how could they see anything but the pixels END_OF_DOCUMENT_TOKEN_TO_BE_REPLACED

These videos do a great job illustrating the vast amounts of sugar that are in the sodas that most people drink. If this comes as a shocker to you, I’d do a little more research and you will be amazed at how much sugar is in the modern American diet. If you found this interesting, check this vid out too.

The reason that I think it is important to look at the faulty predictions of the past is because it tells us a lot about our present. What seems impossible today becomes fact tomorrow. Many people discount the Bible and Book of Mormon on lacking historical evidence in some points, and while there IS evidence, I believe people place way too much trust on scientists and so-called ‘experts’ in matters of their salvation.

I am not against science and scientific discovery. I believe that science, formulas, math and engineering are at the heart of all that God does, but I also believe that we are in our infancy in understanding the laws of the universe and what is and what is not possible.

The majority of the following information from this point on was pulled from here. There are a few extras thrown in there that I found in various places. END_OF_DOCUMENT_TOKEN_TO_BE_REPLACED