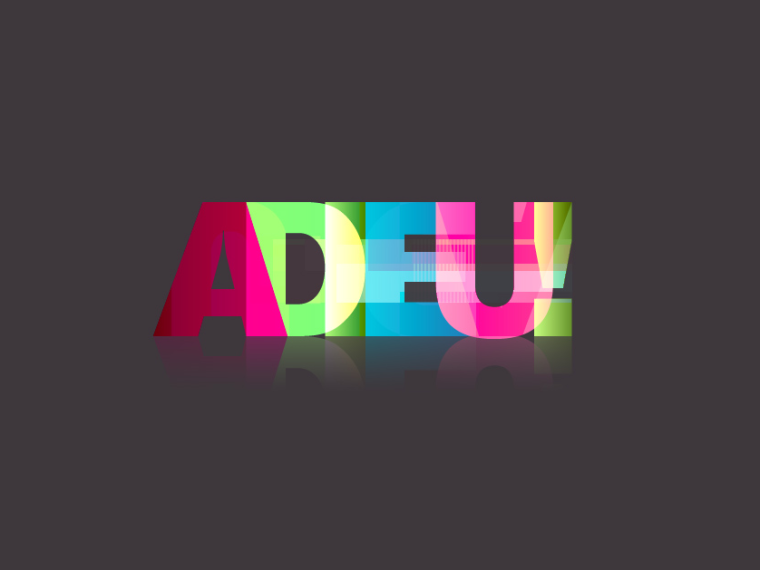 And I, Jacob, saw that I must soon go down to my grave; wherefore, I said unto my son Enos: Take these plates. And I told him the things which my brother Nephi had commanded me, and he promised obedience unto the commands. And I make an end of my writing upon these plates, which writing has been small; and to the reader I bid farewell, hoping that many of my brethren may read my words. Brethren, adieu. – Jacob 7:27

I have often heard critics of the Book of Mormon make a big stink over the word “adieu” in the Book of Mormon. People argue that the Nephites could not possibly have known French or this word since it originated around the 14th century.

I’ve heard both LDS and non-LDS people talking about how the word adieu means simply “farewell” or “see ya later” but that is an oversimplification of what the word means:

ADIEU’, Adu’.
Farewell; an expression of kind wishes at the parting of friends.
ADIEU’, n. A farewell, or commendation to the care of God; as an everlasting adieu.

We don’t know much of the actual mechanics of the translation process, but what if at the end of that verse, Joseph Smith understood that translated meaning of what he read meant something to the effect of “I commend you to God” and felt that adieu was a proper fit since that is exactly what the word means. Adieu might have been the best way to translate it, especially if it was a word in common use in Joseph Smith’s time.

…they got aboard of their vessels or barges, and set forth into the sea, COMMENDing themselves unto the Lord their God. – Ether 6:4

Ether 6:4 is probably the most interesting verse since the language being used is identical to the idea that the word adieu implies; compare “I commend you to God” to “commending themselves unto the Lord their God”. So in my opinion, adieu, although a little bit out of place for us today (like many of the words in scripture) fits in with the text quite nicely as other passages convey the same meaning as “adeiu”.

Just for fun, let’s look at what it means to “commend”:

1. To represent as worthy of notice, regard, or kindness; to speak in favor of; to recommend.
I commend to you Phebe our sister. Rom. 16.
2. To commit; to entrust or give in charge.
Father, into hy hands I commend my spirit. Luke 23.3.
To praise; to mention with approbation.The princes commended Sarai before Pharaoh.
The Lord commended the unjust steward.
4. To make acceptable or more acceptable.
But meat commendeth us not to God. 1 Cor. 8.
5. To produce or present to favorable notice.
The chorus had an occasion of commending their voices to the king.
6. To send or bear to.


So by “commending” his people to God, Jacob could have been saying something along the lines of: “I present you to God as worthy and acceptable to him”. Maybe Joseph Smith felt that the single word ‘adieu’ got the job done sufficiently, or maybe the Nephites had a certain single word that meant all of that and the closest equivalent was ‘adieu’.

Some may ask, “Well why didn’t Joseph Smith just write it all out in a plain English phrase instead?” I don’t know, and neither does anyone else. The fact is, that when the word is understood, it makes sense in the context of scripture which means that the idea was translated successfuly by Joseph.

I think we forget sometimes how many different words we use in our language that are identical in sound and meaning to the foreign languages that we derive them from.

Note that there are many other French-based words in the English language which appear in the Book of Mormon such as: abhor (Fr. abhorrer), abominable, abound, accordance, accusation, affliction, and those are only a small part of the list of “A”s alone. We are more familiar with these because they are not obsolete in our modern usage, so we don’t raise a fuss about them.

“Jew” is a French word too

If we condemn the word “adieu” appearing in the Book of Mormon, I wonder if we could apply the same standard for the word “Jew” as well, since linguistically speaking, the word “Jew” doesn’t exist in the Old Hebrew, Greek, Aramaic or Latin texts of the BIble. It originates around the late 12th century.

Jew (n.)late 12c. (in plural, giwis), from Anglo-Fr. iuw, from O.Fr. giu, from L. Judaeum (nom. Judaeus), from Gk. Ioudaios, from Aramaic jehudhai (Heb. y’hudi) “Jew,” from Y’hudah “Judah,” lit. “celebrated,” name of Jacob’s fourth son and of the tribe descended from him. Replaced O.E. Iudeas “the Jews.” Originally, “Hebrew of the kingdom of Judah.“…

When we find “Jew” in the New Testament, we find the Greek word Ioudaios:

Iouda is “of Hebrew origin (3063 or perhaps Yuttah 3194); Judah (i.e. Jehudah or Juttah), a part of (or place in) Palestine:–Judah.”  So the word “Jew” is in reality a reference to the land of Judaea and the inhabitants who have lived there.

But we do not condemn the fact that the Anglo-French word “Jew” is now found in the Bible. Where a people understand the meaning of the word, it becomes appropriate to use in the translation process.

We don’t know the exact manner in which the Book of Mormon was translated. There are many conflicting reports and it appears that Joseph’s methods of translation evolved as he grew in his role as a seer; at first using the Jaredite/Nephite interpreters, a seer stone, and then no instruments at all.

One thing can be certain, no matter how perfectly Joseph Smith understood the interpretation of the Book of Mormon, the only language he had at his disposal to receive the information into was the English he understood at the time. The Lord said once in D&C 1:24:

Behold, I am God and have spoken it; these commandments are of me, and were given unto my servants in their weakness, after the manner of their language, that they might come to understanding.

Anything man touches is corrupt. We cannot expect perfection in understanding God’s will through the crudeness of man-made language. Our language reflects only that which we can understand, which is pretty limited when you get to the subject of eternal things. So we are left to rely on metaphors and parables to try to lift our minds higher, but most important of all is the role the Holy Spirit plays.

The Spirit gives us the ability to understand things as their purity using these crude implements such as language as an instrument, much like the Interpreters to allow us to climb to a higher sphere of understanding.

Maybe we should deeply consider what Moroni meant when he wrote on the last page of the plates:

…And now, if there are faults they are the mistakes of men; wherefore, condemn not the things of God, that ye may be found spotless at the judgment-seat of Christ.

Updated: July 20, 2011 – Added comment about the appearance of the word “adieu” in the Websters 1828 Dictionary and a few grammatical fixes.

By the same logic, the entire story could have been a product of Joseph Smith’s mind, the stories he heard and told as a kid, KJV Bible all mixed together with The Late War language and style.

That’s certainly one of many theories that has been explored along those lines. That’s the interesting thing though, all scripture seems to bear the human fingerprints of the one who wrote the words. Genesis, Isaiah, Jeremiah, Jesus, Mark, Paul, and John each had their own style and their language reflected what was common at their time. New Testament characters would teach things with words lifted from the old Testament and their environment, take John’s Revelation for example, could that not also be just the product of his mind based on Jewish history, tradition, and the apocalyptic cult literature of today?… Read more »

In the region round about in New York is a french village, Canisteo, Stueben County NY within a days journey from Palmyra. Joseph’s exposure to such would not be unlikely nor most in the region. We forget that France had a presence in colonial America and net picking over such an obvious truth evidence that those opposing the Church pick at anything in desperation. 75 miles not a totally restrictive feet considering Joseph went to the Lamanites to preach the gospel in the area.