Of Parables, Symbols and QR Codes

I submit that where symbolism is in use, there is an invitation to receive more knowledge via a revelatory experience.

When the disciples of Christ came to him and asked “Why speakest thou unto them in parables? (Matt. 13:10)” Jesus responded saying “Because it is given unto you to know the mysteries of the kingdom of heaven, but to them it is not given… therefore speak I to them in parables: because they seeing see not; and hearing they hear not, neither do they understand.” (Matt. 13:11,13)

PARABLE: A fable or allegorical relation or representation of something real in life or nature, from which a moral is drawn for instruction

Likewise, “symbol” is defined as

SYMBOL: 1. The sign or representation of any moral thing by the images or properties of natural things.

ow it is important to understand first and foremost that there is a veil between the mortal and immortal realm. The veil exists to ensure that we are not held accountable for that which we are not willing to receive. If we are willing and worthy to receive all things and have proven such to the Lord, the veil will be a window to us instead of a wall.

So encoding the truth in symbols through parables or in the case of temples, architecture, allows eternal truth to dwell in the sphere of mortality for any to receive as they are ready for it. This understanding reveals the great wisdom and mercy of God and should motivate us to the wonderful possibilities that lay in store for us.

What’s QR got to do with it?

You’ve probably seen those weird little black and white mosaic things around on advertisements and store windows. They are called QR codes, the QR stands for “Quick Response Code” and they were made originally by the auto industry for their readability and capacity to store larger quantities of data than bar codes.

QR Codes represent information that is “encoded”. While researching encoding, I came across this definition for the somewhat related subject of data “encryption”:

“Encryption is the process of transforming information… using an algorithm (called a cipher) to make it unreadable to anyone except those possessing special knowledge, usually referred to as a key.” [Link]

While QR codes don’t use algorithms to store the data or a key to unlock the information, they still require an instrument or special knowledge of some kind to “decode” the message. With the advent of smartphones that are able to ‘read’ QR codes, advertisers have begun to use them all over the place to allow people to decode secret messages, special offers, urls to websites, etc.

Now, when you are reading a magazine, or walking though a shopping center and see a strategically placed QR code, you know that you’re supposed to do something about it. Anticipating the idea of uncovering a message hidden in plain sight, you pull out your phone, open your QR reader app and scan the code to see what is hidden there for you. Those who have no idea what those funny codes are will walk right on by, oblivious to the experiences that others are having.

In like manner, when you see symbolic language being used in the scriptures, you are perceiving strategically placed ‘codes’ to indicate that there is something beyond waiting to be revealed to us through the Spirit. God has much to reveal to us that is ‘encoded’ strategically into and onto His temples adorned richly with architectural representations of doctrinal themes.

The Lord encodes, the Spirit decodes.

How do we decode symbolism?

Sorry Steve Jobs, there’s no app for this. Decoding symbolism via revelation has some prerequisites attached; just as “one does not simply walk into Mordor” one does not simply call down the Spirit at their leisure to reveal truths.

To keep this simple and put us on the right path, let’s take a look at someone who has been there and done that: Nephi. While wandering out in the wilderness, Nephi’s father Lehi has a vision ripe with symbolic elements. He sees a “tree of life” a path with an iron rod, a great and spacious building filled with finely-dressed mockers pointing the finger of scorn at a multitude of people trying to make it to the aforementioned tree, among other things. (1 Nephi 1:8)

A few chapters later, we learn that Nephi wants to know more about this vision his father saw.

For it came to pass after I had desired to know the things that my father had seen, and believing that the Lord was able to make them known unto me, as I sat pondering in mine heart I was caught away in the Spirit of the Lord (1 Nephi 11:1).

Nephi gets his wish, he sees everything that his father saw and more, but that is a topic for another article. For now, let’s examine the trifecta of elements that Nephi used to unlock the secrets hidden in the symbols of his father’s dream.

First, he had desire. Desire shows up about 458 times in scripture and Neal A. Maxwell had this to say about it:

Desire denotes a real longing or craving. Hence righteous desires are much more than passive preferences or fleeting feelings. Of course our genes, circumstances, and environments matter very much, and they shape us significantly. Yet there remains an inner zone in which we are sovereign, unless we abdicate. In this zone lies the essence of our individuality and our personal accountability.

If we desire truth from God, we must be worthy to receive this truth. We must remove all obstacles that stand between us and God. It is imperative that we seek true repentance through Christ if we expect to receive further light from heaven.

It is this desire that drives Nephi to next, believe. Moroni said that the reason why God ceases to do miracles among us is because we “dwindle in unbelief, and depart from the right way, and know not the God in whom they should trust.” In other words, miracles come because we have first desired and believed.

Finally, Nephi ponders in his heart all these things, but he doesn’t just ponder, he sits and ponders. Yes, sometimes in our busy, hectic lives we need to just sit still for a moment, or maybe as long as it takes. Nephi sits and ponders in his heart. Noah Webster said that to ponder was to “To weigh in the mind; to consider and compare the circumstances or consequences of an event, or the importance of the reasons for or against a decision.” He said to “weigh” was to “To examine by the balance; to ascertain the weight”.  This is heavy stuff here.

As the Spirit of the Lord is initiating Nephi into the knowledge that he is seeking he tells Nephi of the responsibility that will come with what will be revealed to him:

“after thou hast beheld the tree which bore the fruit which thy father tasted, thou shalt also behold a man descending out of heaven, and him shall ye witness; and after ye have witnessed him ye shall bear record that it is the Son of God.” (1 Nephi 11:7)

The strings that come attached to Nephi knowing the meaning of what his father saw also include becoming a witness of the God of Israel himself, Jesus Christ! Attached is not just knowing that the Jesus is the Son of God, but also the obligation to bear record of him to his family and all the world.

So keep in mind that you are asking questions of a God that knows your true potential and may give you more than you may feel ready for at the moment. However, don’t let this turn you away from seeking truth, because God knows us better than we know ourselves and we will find in him the strength to do his will.

Nephi’s three-fold formula of desire, belief and pondering can help us find the answers we seek and unlock the truths that our Father in Heaven has encoded for us in plain sight. 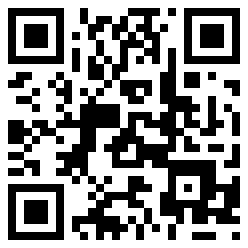