Finality Robs Symbols of Their Meaning 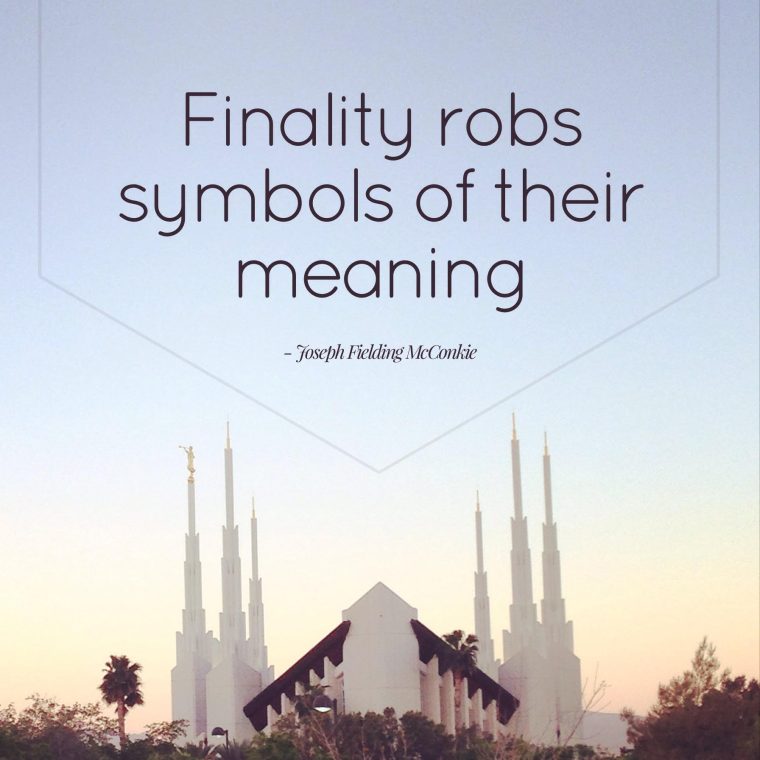 This quote brilliantly sums up a critically important key to understanding symbols.

“One explanation of a symbol that has been given does not preclude someone else seeing beyond that. Symbols were intended to expand our freedom of expression and feelings, not limit them. In suggesting some meanings associated with the symbols on the Salt Lake Temple, it need not be supposed that this constitutes the final word on the matter. Finality robs symbols of their meaning.” – Joseph Fielding McConkie, Symbols of Our Faith, 32

A few weeks ago, I was trying to leave my wife a love note on the fridge with some of the magnetic letters that were scattered everywhere. I quickly realized how limited my ability to express myself would be as I only had one of each letter.

Although I did manage to put some kind of crude message together, imagine trying to write a novel or something! Letters of the alphabet are symbols, and while the letters of the English alphabet don’t have meanings in and of themselves like Hebrew letters do, their real ability to communicate shines when they are combined with other letters to make words and sentences.

As you can see by the photo below, having only 26 letters to work with severely limits one’s capacity to communicate. 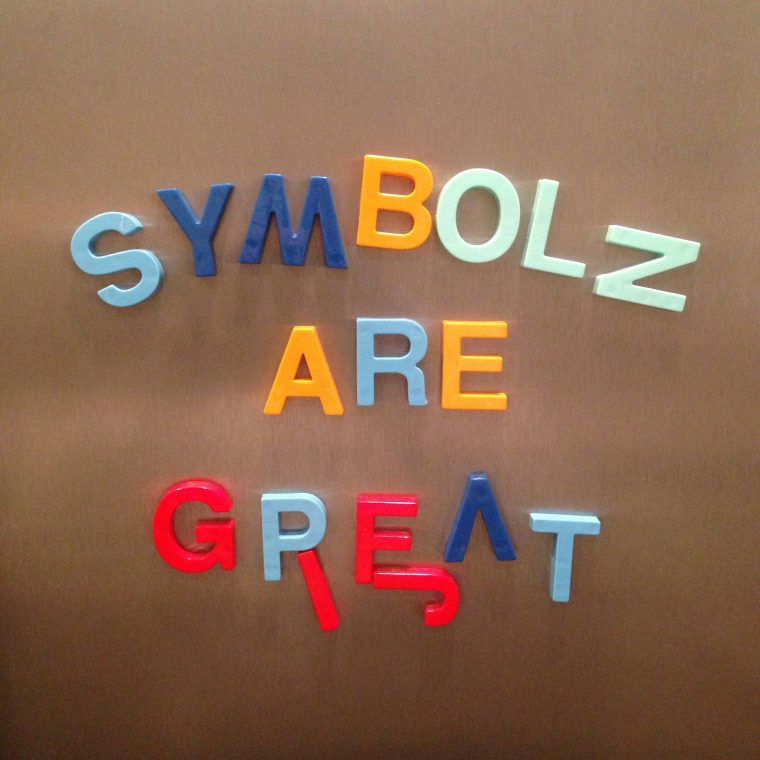 If we think of symbols like letters of the alphabet that form words and sentences, then we are expanding our capacity to be taught by the Spirit.

One of the things that worried me about creating my Symbol Cards and ldsSymbols.com was inadvertantly establishing some kind of authoritative guide that led people to exclude any meanings that didn’t appear in my resources. I didn’t want people to think that the meanings I shared were the only meanings or that some meanings were “better” or “more correct” than others.

I felt like the projects were worthwhile as long as people understood that they represented a starting point, a place to document certain potential meanings that appear to be consistently used in scripture, culture, mathematics, biology, astronomy, etc. I think I need to do a better job at expressing that because it cannot be stated enough.

Belief and doubt speculate, while faith seeks to demonstrate.