This is a great little video about Bill Watterson and his comic strip Calvin and Hobbes.

I grew up reading this strip in the newspaper and was heartbroken when I read the last one; it was like an old friend had died. I cut out the last one from the Sunday newspaper like it was an obituary. I still remember Calvin’s last line, “Let’s go exploring.”

It was Bill Waterson’s Calvin and Hobbes that inspired me to want to become a Syndicated Comic Strip Artist, and it was Bill Watterson’s contentious relationship with the Syndicate that made me change my mind. I pivoted from comic strips to illustration and graphic design, and it just so happens that it was a couple cartoons that initially landed me my biggest client and launched my career.

This morning, I happened to run across this old comic strip I did back in high school (probably during some math class). It’s pretty terrible,not funny at all, and not even close to some of my best work, but it bleeds inspiration that came right from Bill Watterson. Note the way I drew the fire in the explosion, the grid-defying broken panels (including a circle and some kind of blob shape), and the machines in the background. 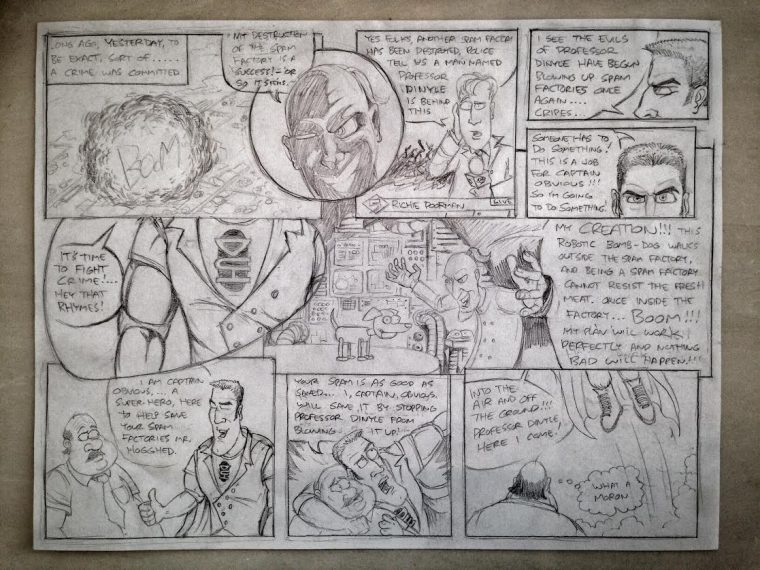 I owe a lot to Bill Watterson and his exceptional work. It is a dream of mine to one day thank him personally for not only the great times I had reading his strip, but the spark that led me to developing my own artistic skills and resulted in amazing career that has blessed my family and many others.

Best of all, I get to see his work enjoyed by my daughters as they pour through my old Calvin and Hobbes books and ask me what some of Calvin’s big words mean and why Moe is such a jerk. 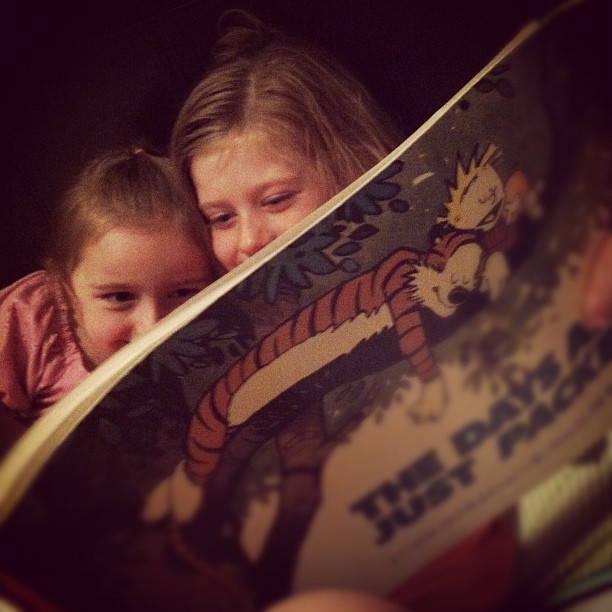 For every expert there is an equal and opposite expert. - Arthur C. Clarke