If any man will do his will, he shall know of the doctrine, whether it be of God - John 7:17 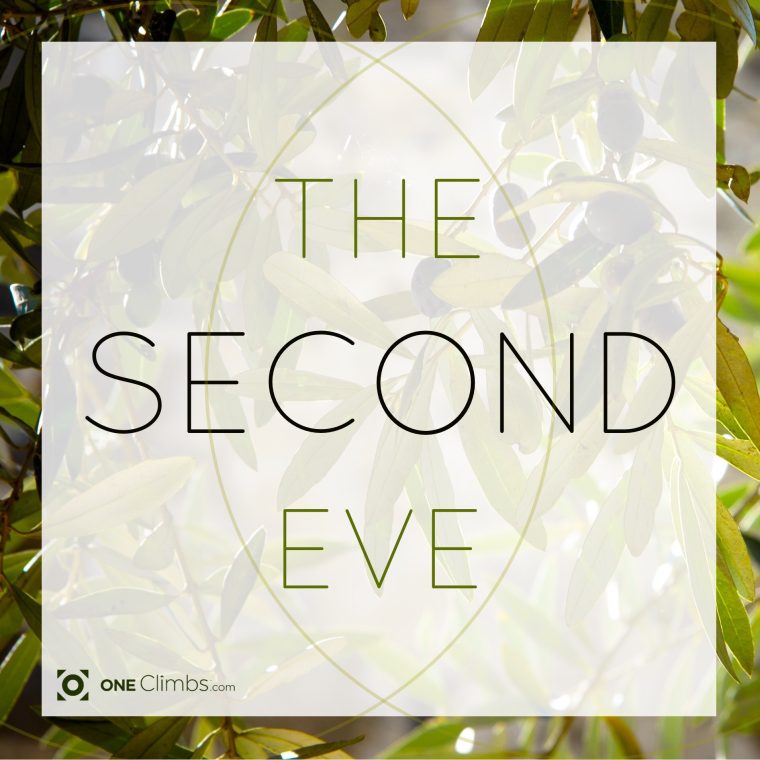 For as in Adam all die, even so in Christ shall all be made alive… And so it is written, The first man Adam was made a living soul; the last Adam was made a quickening spirit…The first man is of the earth, earthy: the second man is the Lord from heaven. (1 Cor. 15:22,45,47)

If Jesus can be considered a “second Adam,” then would there also be a “second Eve?” I propose that Jesus’ mother Mary might be the best candidate and I’ll explain why.

Valarie Hudson Cassler proposes that the two trees in the garden of Eden could respectively represent Adam and Eve, and I think that’s a legitimate interpretation to draw from the symbolism. I’d like to present another scenario where there two trees are actually representing four people instead of just two. This can be done by considering the fruit of each tree as an additional element, like so:

In my scenario, the tree of knowledge of good and evil is Eve and the fruit of that tree is Adam, while Mary is the tree of life and the fruit is Jesus. I have the Book of Mormon to thank for helping me see this as a possibility in the first place, but I’ll get to that later. It’s important to understand that there are some reverse dynamics at play where the male and female dynamics bear each other; Paul wrote:

In the garden of Eden story, Eve is taken from one of Adam’s ribs (which is probably allegorical but still important for symbolic purposes) and therefore the “first Eve” comes forth from the “first Adam.” If Jesus is the “second Adam” then perhaps his mother is the “second Eve” since he came forth from her. At first, Adam physically bears Eve (in a sense, if we consider the narrative), and Mary physically bears Jesus.

“It is interesting to think that even Adam, who was created before Eve, entered into full mortality and full agency by accepting the gift of the First Tree from the hand of a woman. In a sense, Adam himself was born of Eve.”

Compare that with the following insightful lyrics from the popular song Mary Did You Know:

Did you know
that your Baby Boy has come to make you new?
This Child that you delivered will soon deliver you.

The fall and the atonement, and the male/female dynamic provide for these alternating shifts in the roles. Since I am proposing that Mary is the “second Eve” we need to explore her a little more; some of the stuff I’ve come across recently is very interesting.

I was thinking about the Garden of Eden and the fruit of the tree of life and the tree of knowledge of good and evil while reading in 2 Nephi 2:15 where it says, “…the forbidden fruit in opposition to the tree of life; the one being sweet and the other bitter.”

It was unclear to me which was which, but that’s the fun of symbolism, it invites innovation, creativity, and contemplation so let’s give it a shot.

So it seems safe to say that the tree of life was sweet, but President Harold B. Lee had this to say:

We know that fruit is typically bitter before it ripens and perhaps there’s something to that idea in the Eden story. Maybe God always intended for them to partake of the fruit, but they did so before they were supposed to (hence the bitterness of unripe fruit). That would explain why God put it there in the first place, after all, it’s not the “tree of sin” or the “tree of evil,” it is the tree of knowledge of good and evil. How can man truly worship God without knowing one from the other? That said, there are other kinds of fruit, like the fruit of an olive tree, that stay bitter until man intervenes to remove the bitterness:

“Raw or fresh olives are naturally very bitter; to make them palatable, olives must be cured and fermented…” (via Wikipedia)

I’ll leave some of this for you to ponder, I’m going to do the same. Keep reading because it’s about to get a little more interesting.

We know the mother of Jesus as “Mary,” but this is a Greek transliteration of her Hebrew name, Miriam (מרים). The name Miriam is most commonly derived from the verb mara (מרה) which means rebellious, and is associated with the adjective mar (מר), which means bitter (Source).

Wow, so why would Mary’s name be associated with rebellion and bitterness? The source I referenced earlier made an interesting point that should be included as well:

It should be noted with some stress, however, that for the Hebrew audience the idea of bitterness has as much to do with grief as with strength. A dish with a bitter taste is said to have a “strong” taste. HAW Theological Wordbook of the Old Testament reports that the Ugaritic, Arabic and Aramaic cognates of this root mean to bless, strengthen or commend. And since these languages are most often very similar to Hebrew, any Hebrew audience would surely be aware of this secondary meaning.

Bitterness seems strongly tied to the name Miriam (Mary) along with rebellion, it leaves one with much to think about, so here’s what comes to mind:

When told that she would bear the Son of God, Mary answered, “Behold the handmaid of the Lord; be it unto me according to thy word.” (Luke 1:38)

The word handmaid here is doulē which is a female slave and comes from doulos which means “slave” (literal or figurative, involuntary or voluntary;) which is from dew which means “to bind, be in bonds, knit, tie, wind.”

With Mary submitting herself as a slave to the Lord, perhaps she knew the strength of such subservient language juxtaposed with her name which means rebellion. The angel Gabriel refers to her by name when he says, “Fear not, Mary: for thou hast found favour with God.” (Luke 1:30) If they were both cognisant of the meaning of her name there could have been a deeper layer to this conversation.

If we do some name/meaning swapping the angel could have been saying, in a way, “Fear not, rebellion: for thou hast found favour with God.” Mary’s strong response of referring to herself as a slave of the Lord then could be seen as an act of loyalty to God that defied the meaning of her own name. On an even deeper level, as a daughter of Eve who is thought to have rebelled (in a sense) against God’s commandment not to partake of the tree of knowledge of good and evil, she commits herself to a courageous act of obedience and according to Nephi, actually becomes the tree of life by bearing fruit (Jesus Christ) that will redeem all mankind, thus reversing the effects of the fall.

Mary is The Tree of Life

He is shown a tree bearing fruit and then a woman bearing a child; the tree of life is Mary and the fruit is Jesus. If you’d like to explore more along these lines, check this out later.

The tree of knowledge of good and evil has another interesting female connection. Note Eve’s analysis of the tree in Genesis 3:6:

And when the woman saw that the tree was good for food, and that it was pleasant to the eyes, and a tree to be desired to make one wise, she took of the fruit thereof, and did eat, and gave also unto her husband with her; and he did eat.

The bookends of the fall and the atonement both have prominent, unmistakable, and essential male and female individuals and dynamics at play. I think we focus a lot on the Adam/Jesus dynamic but there is also an Eve/Mary dynamic that we have perhaps overlooked for far too long. I believe that these archetypes are embedded in the individual mortal families that we are all a part of, all the way up to the divine Father and Mother off all humanity. As Eve bore Adam, Mary bore Jesus; she’s the second Eve even as Jesus is the second Adam.

The purpose of the climb is to know