The simplest questions can bring about the greatest revelations

The Book of Mormon: A New Covenant of Jesus Christ 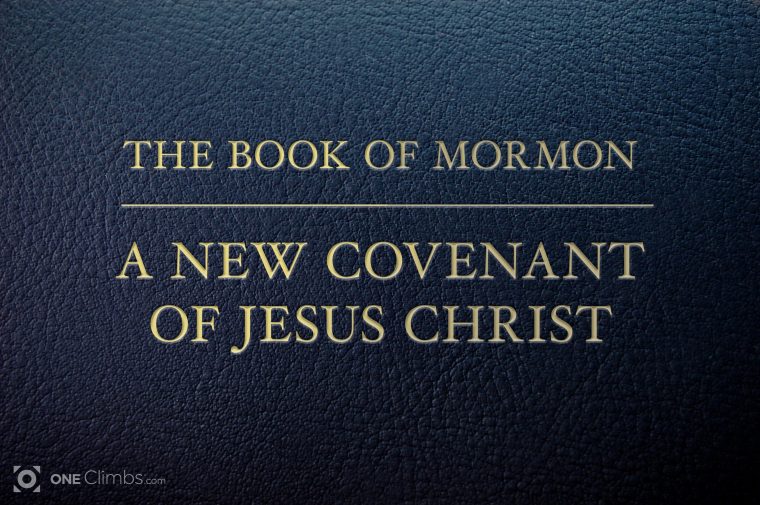 “I told the brethren that the Book of Mormon was the most correct of any book on earth, and the keystone of our religion, and a man would get nearer to God by abiding by its precepts, than by any other book.” [1]

This statement appears on the introduction page of the Book of Mormon and anyone who has cracked open a copy is probably familiar with it. I’ve often wondered about what Joseph meant by “most correct” because that is quite a profound claim. I think a clue is in the latter half of the quote where he mentions “precepts.”

A precept is, “any commandment or order intended as an authoritative rule of action; but applied particularly to commands respecting moral conduct.” [2] What is moral relates to “the practice, manners or conduct of men as social beings in relation to each other, and with reference to right and wrong.” [3]

This isn’t just another book with some history in it; the Lord refers to it as a “new covenant.” [4] He says, “the whole world lieth in sin, and groaneth under darkness” [5] and he tells the saints, “your minds in times past have been darkened because of unbelief, and because you have treated lightly the things you have received.” [6]

Three times, in D&C 84 verses 55, 56, and 57 the Lord tells the entire church that they are under condemnation because they have treated lightly and perhaps ignored “the new covenant, even the Book of Mormon and the former commandments which I have given them.” [7] Note that it is their lack of remembering the “former commandments” contained in the Book of Mormon that has brought upon them this condemnation.

He continues saying that our purpose must be “not only to say, but to do according to that which I have written.” [8]

Jesus himself claims authorship of those former commandments and tells the saints that they constitute a new covenant.  Now let’s circle back again to what Joseph said about the precepts in the Book of Mormon and how that pertains to it being the most correct of any book on earth.

Correct means “To make right; to rectify; to bring to the standard of truth, justice, or propriety; as, to correct manners or principles. Hence, To amend; to remove or retrench faults or errors;” [9] This conforms quite well to what the Lord told Joseph of Egypt (according to the Brass Plates):

“Most correct” doesn’t mean flawless, and judging the correctness of the Book of Mormon with regards to punctuation, spelling, or grammar misses the mark.

The addition of the subtitle”Another Testament of Jesus Christ” to the Book of Mormon in the 1980s is deeply significant. Why was that subtitle added and what does it mean? For the longest time I simply assumed that it meant “Another Witness of Jesus Christ” because of the additional stories about Jesus that are in it. I still think that this is true on one level, but I think there is a much more powerful and significant reason the word “Testament” was used.

Let’s look at the definition of the word testament as it pertains to scripture: “The name of each general division of the canonical books of the sacred Scriptures; as the Old Testament; the New testament The name is equivalent to covenant, and in our use of it, we apply it to the books which contain the old and new dispensations; that of Moses, and that of Jesus Christ.” [11]

The Book of Mormon is the most correct book because it proclaims to the remnant of the house of Israel that the covenants of the Lord “are not cast off forever.” [12] Furthermore, it is another covenant, even a “new covenant,” of (or out of; proceeding from, as the cause, source, means, author or agent bestowing [13]) Jesus Christ for this dispensation, a covenant that includes commandments and teachings concerning what is right and wrong. This covenant explains why the Book of Mormon is “the keystone of our religion,” and why “and a man would get nearer to God by abiding by its precepts, than by any other book.” [14]

The Book of Mormon should never be treated lightly by our people because covenants above all are what define a people as “the covenant people of the Lord.” [15]