The Serpent and the Liahona: Look and Live 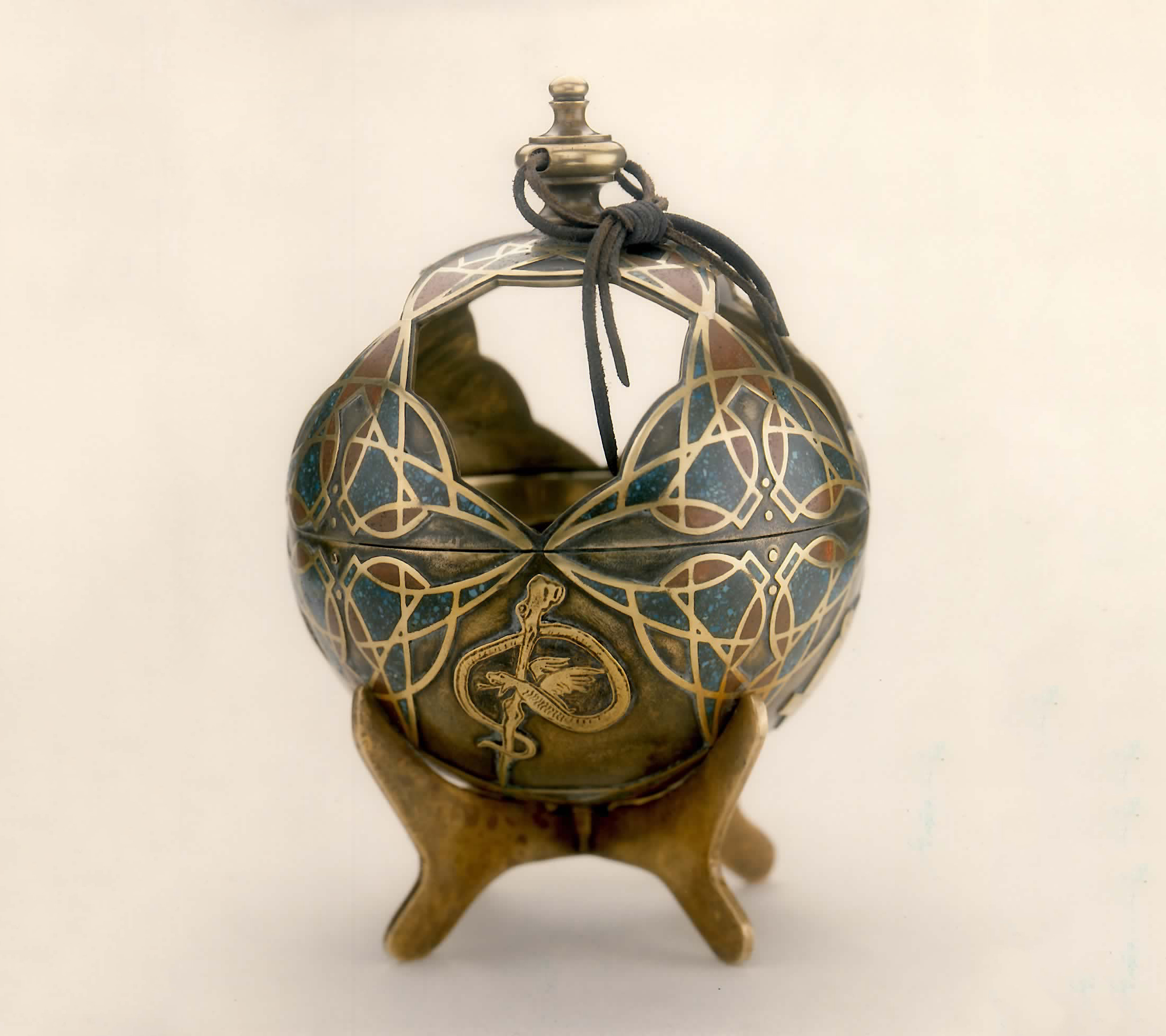 Note the serpent on the side of this artistic depiction of the Liahona.

I have compiled a list of parallel themes between Moses’ serpent and Lehi’s Liahona that occur in Alma 33:19-23 and Alma 37:38-47. I’ve been studying this for a little while now trying to figure out how many of these parallels there, what this might mean, and how I might explain it.

After staring at a marked-up comparison between these two sets of scriptures for some time, I thought I’d go through each theme, write some ideas, and then include excerpts from the scriptures. This turned out to be a worthwhile way for me to explore these various themes and I have each of them here to share.

The serpent and the Liahona were both considered to be a type; that which represents something else or a figure of something to come. This means that God caused them to be used for at least two reasons: 1. to solve an immediate problem and 2. to illustrate a greater meaning and truth. Alma is going to explain the details of all this for us.

Each of these types was a physical object ordained by God that solved a problem when interacted with under specific conditions. The serpent resembled a living animal and represented the Son of God while the Liahona was a spherical mechanism that represented his word.

The serpent only appears to have been used once, while the Liahona functioned for several years as Lehi’s party journeyed to the promised land. The serpent’s origin was known as it was crafted by hand while the Liahona appeared mysteriously at Lehi’s tent door. 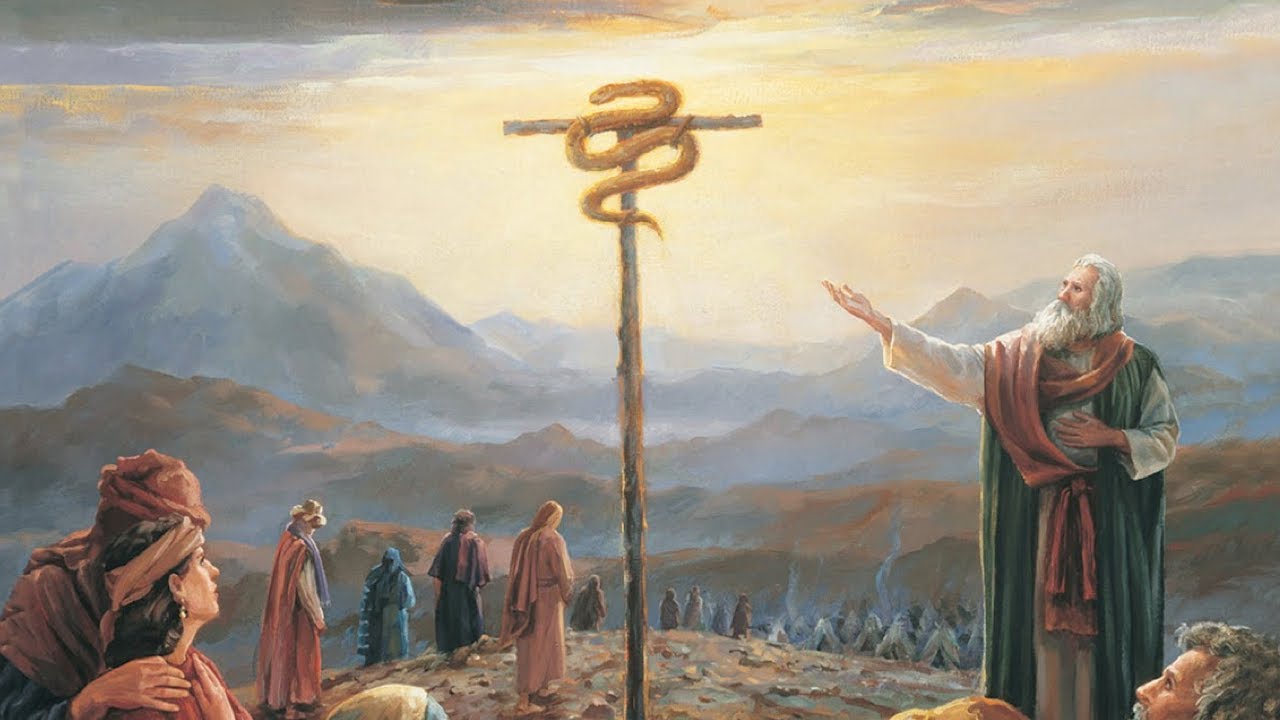 Both the serpent and the Liahona were made of brass and made their appearance in the wilderness on the same Arabian peninsula.

The next two terms reveal the key benefit they brought to those that interacted with them. The serpent was created to heal while the Liahona was provided to point and direct one’s course; to save a life from imminent danger, and to direct a life to better conditions.

Alma uses the phrase “look and live” to describe the principle action that one must take to receive a beneficial outcome from interacting with these sacred objects. In the case of the serpent, to look at it would provide healing from the venom.

When Lehi’s family would look to the Liahona, they could find food, water, and progress in their journey. Alma also points out that if one looks to the way prepared and delivered through the word of God, we may live forever. Furthermore, he says to look to God and live.

Would not look / Forgot

There were many who wouldn’t even look at the serpent which was such a simple act but one that probably sounded absurdly too good to be true at the time. It also appears very easy to become complacent with something as mysterious and unique as the Liahona. Lehi’s people would forget to exercise faith and diligence in this physical object that worked whenever they had the faith.

One might wonder how they could fail to trust in something they could see and hold in their hands and worked logically and consistently. On the other hand, how often do we forget to do the same with our scriptures and prayer? Our faith and diligence slacken because we become complacent with the simplicity of the task and try to do things on our own while thinking that motion equals progress.

The Webster’s 1828 dictionary definition of “forget” is worth noting because it involves the phrase “let go” and the Liahona and the iron rod were both representations of the word of God that you could hold in your hands.

“To lose the remembrance of; to let go from the memory.”

Likewise, the scriptures, which are typified by the Liahona and contain the words of God, can also be held in our hands.

Those who did not look at the serpent were said to be slothful which came from their unbelief and hard hearts. With the Liahona, the slothfulness manifested itself by forgetting to exercise faith and forgetting to be diligent.

They failed to give heed from time to time because the solution seemed too easy. Perhaps they were like Naaman and preferred something more extravagant, maybe like their own ‘brilliant’ ideas that they could take credit for discovering.

Perish / Did not progress or prosper

Failure to look had disastrous consequences for God’s people. They would die from venom if they failed to look at the brass serpent and would fail to progress or prosper in their journey if they refused to give heed to the Liahona’s directions and instructions.

These interventions from God were incredibly merciful in their utility and overwhelmingly simple in their design. It required very little on the part of the participant, just a turn of the head, or some regular attention and observation. These people were not left to fend for themselves, and when tangible help was right there in front of them, they weren’t willing to expend the tiny bit of effort required to enjoy deliverance.

Now reflect on your attitude when it comes to searching the scriptures.

A little more specific than “look and live” are the parallels found in the idea of casting about one’s eyes toward the serpent and giving heed or following the Liahona’s directions. The Liahona had two spindles, one pointed the way they should travel in the wilderness, and the other may have pointed toward food and resources. The Book of Mormon only mentions the function of one of the pointers, which was to point “the way whither we should go into the wilderness” (1 Nephi 16:10)

In an account from a man named Fayette Lapham he may have revealed the purpose of the second pointer:

“…a gold ball went before them, having two pointers, one pointing steadily the way they should go, the other the way to where they could get provisions and other necessaries.” (The Historical Magazine, 1870, pg. 308)

The Liahona also had writing that would appear on it from time to time in a manner that is not explained.

“And it came to pass that the voice of the Lord said unto him: Look upon the ball, and behold the things which are written… And there was also written upon them a new writing, which was plain to be read, which did give us understanding concerning the ways of the Lord; and it was written and changed from time to time, according to the faith and diligence which we gave unto it. (1 Nephi 16:26,29)

A similar phenomenon happens when we review the scriptures and notice new things either because we didn’t pay attention, life circumstances or knowledge has increased our capacity to receive, or the Holy Spirit sees fit to show us something we would not have understood independently. There may as well be “a new writing” every time we return to the scriptures to seek wisdom.

Belief and faith are two principles that appear in both chapters. Alma concludes his explanation of Moses and the serpent by admonishing his audience to “begin to believe” in Jesus Christ and then nourish the word by faith. Beginning to believe can be as something as simple as just turning to look at the serpent. Because the people didn’t believe that looking would heal them, they didn’t even bother to turn and look and perished instead.

That kind of stubbornness keeps us from enjoying experiences with the divine. There was no harm in looking at the serpent, and there is no harm in looking to Christ if there is even the smallest reason to believe that our sins may be poisoning our current and future spiritual health.

The Liahona worked according to their faith, not in the device, but in God. What I find interesting is this phrase “if they had faith to believe” which implies that it was an act of faith on their part to get to the point of believing. Sometimes even getting to the point of believing is something that sounds impossible and requires a great deal of faith. Faith is not just a blind shot in the dark; it is a deliberate and focused process of unraveling the truth of something.

You always have something to start with, even if it is just an idea. When faith is directed into something true, it will always yield good fruit, whereas faith in something false will yield nothing at best and bad fruit at worst.

Alma sums up both of his teachings by defining the ultimate examples of what the types of the serpent and the Liahona represent. By planting the word of Jesus Christ’s atonement, resurrection, and judgment in your heart, and nourishing it by faith, the result will be everlasting life which is the greatest of all God’s gifts. (D&C 14:7)

By following the course dictated by the words of Christ, we will be carried into a “far better” land of promise. The promised lands here on earth are only a foreshadowing of a greater land, a residence where one may live and enjoy their everlasting life.

All this ye can do / Take care of sacred things

The final parallel I would like to point out are the final points of encouragement from Alma. He offers a positive “you can do this” when it comes to believing in Christ and experiencing the things that he taught. When it comes to the word of God, he admonishes us to “take care of these sacred things” which included not only the Liahona but also several sets of plates that contained the records of the people.

The Liahona and the way it functioned served as an example of how one should treat and use scripture. At one point Alma mentioned keeping the plates “bright” (Alma 37:5) which may refer to cleaning the oxidization from the surface to allow the delicate inscriptions to be legible. From a practical standpoint, it makes sense, but I think it also implies that continued use of the plates is necessary.

Think about a copper penny that’s been sitting on the ground for years on end, they are often brown or green, but those that are used frequently and continually rubbed by human hands retain their “brightness.” It’s like the old saying goes, “rust ruins more tools than overuse.” How often do we handle our scriptures? What if they oxidized and became illegible over time due to neglect? What if  rather than us polishing the plates, the plates polish us?

Additionally, the care that Alma asks his audience to take may imply more of a concern, caution, or attention to their contents rather than maintaining their physical appearance. 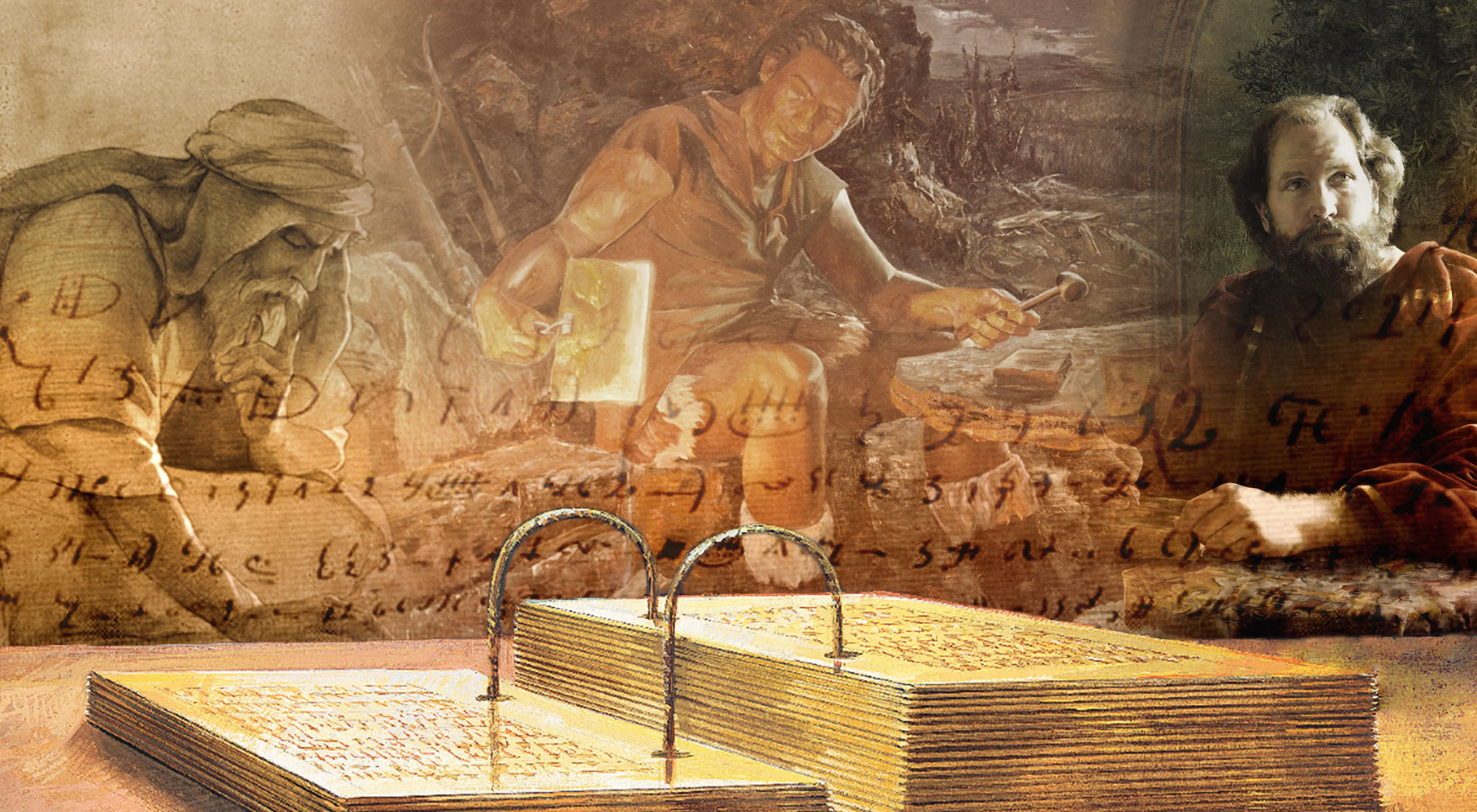 It is no wonder that Alma was able to lead many away from the church and gospel before his conversion, he is a sharp guy. I always enjoy seeing that brilliance directed toward the truth and seeing things through his eyes.

There may be many more parallels and a lot that I have probably missed but I thought that it was worthwhile to explore these themes and see how interconnected these ancient relics and their meanings are. I was expressing to my wife last night how much I love the Book of Mormon and enjoy exploring these very carefully crafted details in its pages.

These two portions of scripture do not occur side-by-side, they are separated by several chapters and the first is part of a sermon delivered to a group of people while the other is part of a one-on-one conversation with a son.

Together, these teachings forge a powerful link between Jesus Christ as our healer and director and show us practical ways that we can experience his miracles and receive all of the greatest gifts that God has to offer.