Thinking that neglects feeling demonstrates ignorance; feeling that takes no thought has no heart. - Kevin Christensen

It’s happened to me several times, in fact, the first 17 years of my life were lived without any real sense of the presence of God; at least that was my perception at the time.

Time went on, and God did manifest himself to me many times and in many ways. Some of these experiences were subtle and sublime, while others sound like something you’d read about in the scriptures. But then something unexpected happens… 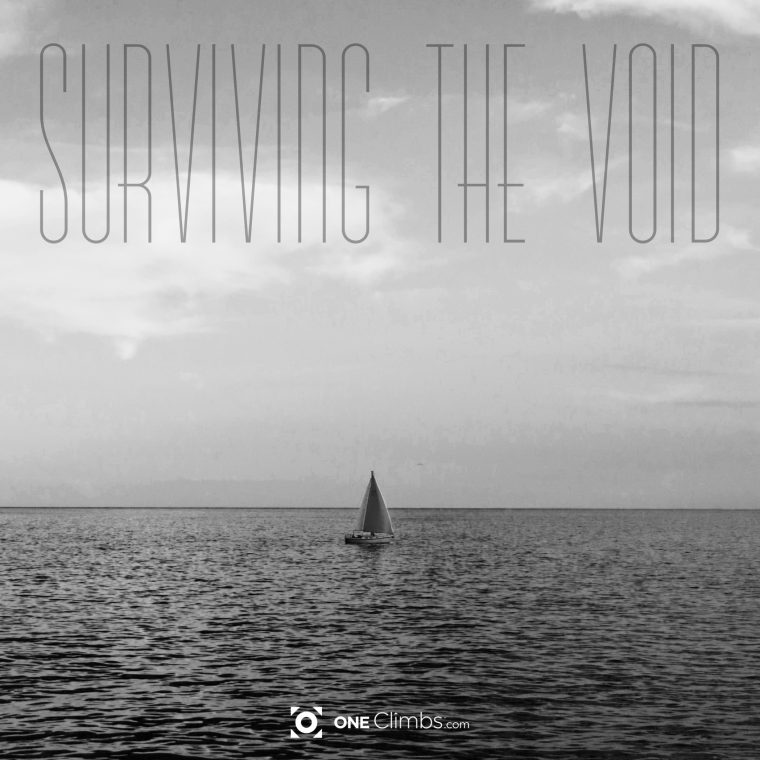 Life was at times like a sailboat on a vast ocean, the wind filled my sails and pushed me forward with purpose and vision. Then, for no apparent reason, the wind ceases and there is a perfect calm. Often it isn’t this sudden, the winds fade slowly, almost imperceptibly, until the profound stillness dominates the scene.

I’ve noticed that God appears to leave me alone at certain points in my life. Alone to the degree that there seems to be nothing I can do to bridge the gap and I find myself in a void. Prayers feel unheard and questions begin to enter the mind. What happened, where did he go? Did I offend him in some way, is there something I’m doing wrong? I tend to look inward during these times and take an inventory of my life.

While such a practice can be healthy, it can also turn to doubt, fear, confusion, disaffection, anger, and apostasy. I think that it is common for many to reach this state of windless waters and abandon ship thinking all is lost.

Like I said, I didn’t always know there was a God, but I do now. Yet I’ve felt a little hurt at times where I’ve been in these situations where I’ve felt like I needed answers and the heavens were quiet. I know that the heavens must hear me, but I don’t know why there is no perceptible reply.

What I’ve wanted to know is “why,” why this abandonment? I’ve been in this most recent void for a while now, surviving on rations of remembrance and continuing my pursuit of faith through exploration and just living life.

It is through that continued exploration that I think I found my answer. A thought hit me while pondering one day, the scriptures opened up to me and I began to see a new theme that hadn’t struck me before. These familiar words, once seemingly unrelated, now linked together to portray a pattern that helped me to understand God a little better.

In the scriptures, you will find examples of when there is a deliberate separation between God that doesn’t involve sin; sometimes this separation is literal and sometimes it is alluded to in parables and allegory. I’ll just list two that I find to be the most impactful to me, personally.

Consider the parable of the talents and note how it begins; this is from the New American Standard Bible translation:

“For it is just like a man about to go on a journey, who called his own slaves and entrusted his possessions to them.” (Matt 25:14)

We can interpret this parable many ways, which is one of the cool things about symbolism. When I read this verse I thought of my own situation. The man left on his journey trusting his servants with his possessions and was hoping to see how well they would manage them upon his return.

What are these possessions that would have been left for me or you? A thought I have that is influenced by the Lectures on Faith is that these possessions may be ideas. That’s right, ideas from scripture, from church, personal study, inspiration, revelation, etc. It is only by ideas that we have the concept to act in faith in a particular manner. If we fail to act on them, they sit idly, they influence nobody and there is no impact, no good brought into the world under their influence. The ideas remain buried and unused.

“Now after a long time the master of those slaves came and settled accounts with them.” (vs.19)

A long time passes, but what is long? I think everyone’s ‘long’ will be different. I don’t know how long mine will be but I do know it will end and God will settle accounts with me; he will see what I have done with his possessions. Was I faithful, or did I just give up?

Note that the rest of the chapter following this parable focuses on the final judgement and serving others. Another parable is introduced where we find a king speaking to two individuals. One who was faithful and served others did not realize that the king considered such deeds as service to himself:

“The King will answer and say to them, ‘Truly I say to you, to the extent that you did it to one of these brothers of Mine, even the least of them, you did it to Me.” (vs. 40)

This led me to think that maybe the man on the journey wasn’t really gone at all, he was there all along, but disguised as the hungry, the thirsty, the stranger, the naked, the sick, and the prisoner. The absence of the king is not abandonment, he’s stepping back to see how you do with the knowledge he has given you. What do you do when nobody is watching, who are you, and what are you becoming. This time of reflection is a gift, it is where we learn about and prove ourselves. 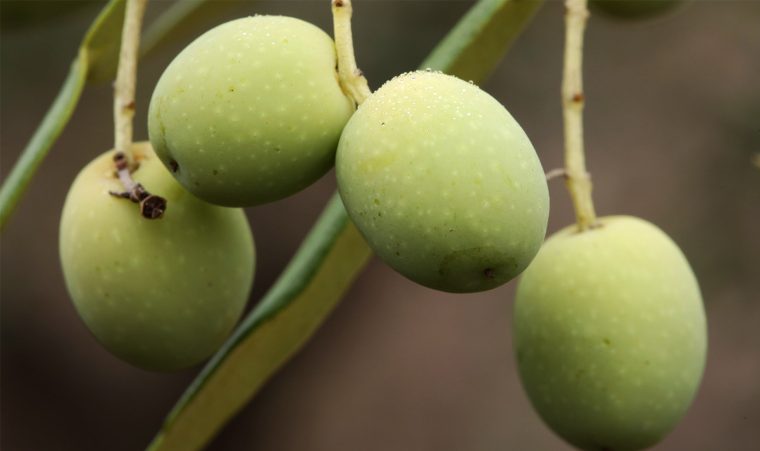 Next, I’d like to focus on the allegory of the olive tree. I’ve typically only seen the tree as representing the house of Israel, but I then thought of myself as the tree.

At first there is a tame olive tree, but as it grew older it began to decay for some reason (Jacob 5:3). So the Lord of the vineyard says that he will do three things: “I will prune it, and dig about it, and nourish it…” (vs.4). His efforts are rewarded, “after many days it began to put forth somewhat a little, young and tender branches;” but a new problem arises, “but behold, the main top thereof began to perish.” (vs.6)

Note here what he does: “we will pluck off those main branches which are beginning to wither away, and we will cast them into the fire that they may be burned” (vs.7). He plucks off the parts that are withering away. Have you ever noticed times in your life when difficult challenges suddenly resolve and things start to get better? The Lord of the vineyard then grafts in some new branches (vs.8-9) similar to how sometimes the Lord puts new and unexpected things into our lives.

Here’s the interesting part, look what happens next:

“And it came to pass that the Lord of the vineyard went his way, and hid the natural branches of the tame olive tree in the nethermost parts of the vineyard, some in one and some in another, according to his will and pleasure.” (vs. 14)

The Lord of the vineyard leaves and then does something curious, he hides these natural branches. Unlike the parable of the talents where possessions are left to be managed, in this case the Lord is taking away some key things to grow independently, in secret, to be brought back into play later for our benefit. Then we have this next verse:

“And it came to pass that a long time passed away, and the Lord of the vineyard said unto his servant: Come, let us go down into the vineyard, that we may labor in the vineyard.” (vs.15)

Just like in Matthew, a long time passes away, and in this allegory, the Lord brings a servant. After some hard labor in the vineyard, the Lord leaves again:

A lot more work ensues but things are looking somewhat bleak. They are trying to save this tree but are really struggling and the servant suggests why:

Loftiness is defined as, “Pride; haughtiness” (Webster’s 1828) the tree is hardening itself against all that the Lord is trying to do to help it. Is this not a great depiction of how we fight against a loving God and his servants?

Do we feel that God is pruning or cutting things out of our lives and grafting or bringing in things that we may not want? What about when he dungs us with experiences that stink but that are meant to nourish us? Lastly, do we feel abandoned when the Lord leaves for a long time to see how we grow with the effort he has put into us? Will we bear wild or tame fruit?

The Lord does not wish to lose his precious tree, so he calls other servants and they give it their all. There is a happy ending because the tree eventually responds and grows into it’s full potential, but not after much pruning, grafting, nourishing, and some times of absence where it is left to grow on it’s own.

I see myself and perhaps all of us in that allegory, I think there are some striking parallels and I have enjoyed studying them.

You may have only been given three talents, or maybe just one, maybe just a widow’s mite, but that’s what you’ve been given. You can sit and get all upset about how you feel like you should have more, or you can focus on what you have got to work until the time the Lord of the vineyard returns. That return may be a long time from now, so how willing are you to patiently wait upon the Lord?

Is it not known to you; have you not heard?
Jehovah is the God of eternity,
Creator of the ends of the earth.
He does not grow faint or weary;
his intelligence cannot be fathomed.
He supplies the weary with energy
and increases in vigor those who lack strength.
Youths grow faint and weary,
and young men slump down of exhaustion.
But they who hope in Jehovah
shall be renewed in strength:
they shall ascend as on eagles’ wings;
they shall run without wearying,
they shall walk and not faint. (Isaiah 40:28-31, IIT)

Will we endure all things like Job and patiently wait while living true to what we have been given, or will we impatiently abandon all hope and be found worshipping golden calves upon his return?

The wind will return – prepare your sails.